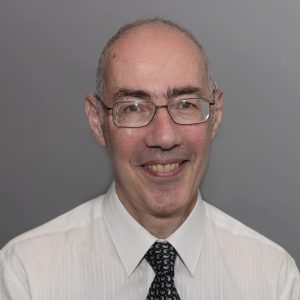 I’m often asked about memorable ceremonies that I’ve conducted. It’s very difficult to pick one out, because by their nature they are all different. They may stand out for the wrong reasons or for the best, but they are all special.

In my early days, at one funeral, the chapel attendant completely forgot to put on the hymn we were supposed to be singing. (Despite me cueing it up: “We’ll now stand and sing hymn ….”; depite me telling him about it before the start; despite him having my ‘script’ to follow.)-  He still managed to forget. It turned out he had even left his office at the time, so it wouldn’t have done any good, had I abandoned the service to look for him! Worse still, he replaced the exit music with the hymn, so everybody was left confused!

There was also the funeral of a mother a few weeks after her husband had died. At the first funeral, the estranged son stood up unannounced and did an unsuitable, critical “tribute”. The rest of the family was dreading a repeat this time, so I had a tactful word before the event – and, despite considerable perceptible tension, it worked.

However, most funerals go without a hitch, and some are really satisfying. It’s very rewarding to be thanked afterwards: “I really enjoyed that service” or “That’s exactly what Uncle Ted would have wanted.”

I have two “favourite” funerals. To be accurate, the first was a “favourite” death (rather than funeral). The gentleman concerned died at the age of 92, on the beach in Tenerife, in the arms of his mistress! (What a way to go! You can’t ask for much better than that, can you?!)

The other could have been a very dismal affair, as the lady concerned died (at 93) in her nursing home, with no relatives or no able-bodied friends left. So you could count the guests (including the Funeral Director and me!) on the fingers of one hand.

Moreover, I had had to guess at the eulogy, as few people could tell me much about her, especially about her early life. So I put together the whole service as best I could (about all I knew was that she wasn’t religious), and hoped it would fit the bill.

The lady had worshipped Freddie Mercury, so I chose “Killer Queen” for exit music. That always brings a smile. If I say so myself, I believe I got it just right and (hopefully) did the lady proud.

Well, funerals may be a challenge to all and sundry, but I do my best to rise to the occasion.